Menu
Back to all

Description Now and Then

A while back on a forum there was a question about narrative description. The posting author mentioned how in today’s novels the descriptions were not nearly as detailed as in the past. He wondered why. Now I’ve never really been a show stopper but my post ended the thread pretty abruptly. What had seemed pretty obvious to me had flown past the other authors in the group.

One of my favorite pre-me novels is The Count of Monte Cristo, a tale of revenge against four conspirators who had young Edmund Dantes wrongly imprisoned in the Château d’If as a Bonapartist just before Napoleon escapes from Elba. It is full of elegant description of each important setting, garment, etc. It is a novel with a word count of 464,450. If you want to see a movie version which is mostly true to the novel don’t watch the one made in 2011. Instead watch the version made in 1975 with Richard Chamberlain, Trevor Howard, Louis Jourdan and Tony Curtis.

Enough movie plugging. About descriptions. In this day and age, we haven’t the need to write long detailed descriptions of the settings for people to understand what the scene looks like. Nor do we need to describe items. We are familiar with almost anything, and other than bringing specific notice to a particular item or setting, the reader becomes bored with all that narrative. We can picture a castle, a covered wagon, an ancient Roman soldier, the bridge of a space ship. We’ve seen them in photos, in the movies or on television. Most of the space ships I read about look a lot like any starship from the TV series Star Trek. 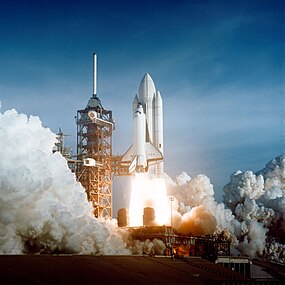 Before the 1920’s when moving pictures became available in theaters the vast majority of people had no idea what something outside of their own town or area looked like. Reading was the only way for them to experience other cultures, landscapes, towns, building, dress, items, etc. A person living in England had no notion of what a Conestoga wagon looked like, or a buffalo or Indian teepee, just as someone living on the Iowa plains didn’t know what the crowds of New York City residents were. It was part of the author’s job to bring into the reader’s mind what each detail of the setting looked like.

This was especially true with the new genre of Science Fiction which began in the late 1800’s. Anyone who reads Jules Verne today will note the descriptions of the machines used in his works. His amazing mind envisioned many of the items later invented even using concepts not yet codified.

Description today isn’t needed as much since we live in a more visually experienced world. Thus the reader can ‘see,’ without words, the wagon train moving slowing across the Nebraska plains, the jet skirting the mountain tops, the treasure chest dug from the sand. Today’s reader is wanting to jump into the action of the tale with the bare minimum of descriptive prose framing. Writing, as with everything else, is changing in the world. Use what description you need without overdoing it and thus turning your reader away from your work.

All photos from Wikimedia Commons.

Making DecisionsAs citizens of the world, we have many decisions

Who Are Your Tribe?

I was always one of those people who enjoys their

I recently posted some blog items on social media that